Ace Cafe London has 12 pairs of tickets to attend the forthcoming Jukebox & Retro Fair, to be held at Brighton Racecourse on Saturday 21st & Sunday 22nd April.

Spend £5 or more over the counter and receive a raffle ticket, on four of the following occasions:

Just a quick line to thank you for the weekend. The event was superb and whilst none of us could have known what to expect post-pandemic lockdown it was clearly a joy for everyone to be doing something ‘normal’. We loved it and although we weren’t actually ‘selling’ on the stand – just giving away information/brochures etc – we did well, with many existing customers pleased to see us there and with lots of new contacts and potential customers.

I would certainly recommend the event to anyone involved in the rock&roll/rockabilly scene – well organised, friendly and the perfect marketplace.

Just to say how much we enjoyed the Ardingly Weekender. Enjoyed the music and atmosphere. Everyone was happy and friendly. Best wishes from the Knights family. 24th Aug 2021

2/3rd of November are the first times Ive ever been to this fair. I loved it! So much to see and enjoy! A great atmosphere with so many friendly people! A HUGE “well done” to everyone involved

A really good weekend, relaxed, friendly, great bands, dancing, classic cars, camping, good selection of stalls, food, ice cream. What more could you want and such good value for money. A big thank you to everyone who made it happen.

Great event for all things Jukebox & Classic Retro Americana. Got some memorabilia for our Diner and made new contacts for future additions including a Jukebox and some amazing lights. Look forward to the next one.

An excellent event for a day of perusing a decent selection of stalls of retro and vintage goodies and bands for jiving. Brilliant that despite Covid you have kept it open and found a way of making dancing distanced and safe. I look forward to attending again, and hopefully once restrictions are less of an issue I shall experience the event in all it’s retro jukebox glory! I would certainly say value for money at £15 for an adult. I admit the food wasn’t my cup of tea, but it did the job and knowing now I can take our own food is brilliant!

Brilliant weekend -an efficient and friendly team put on this show in the very worst of times. Who else would take a chance like that during a pandemic?? We went both days and had a smashing time. Yes there were fewer stalls and the whole event was ‘downsized’ but it was WONDERFUL! Live music from Greggi G and the terrific Rusti Steele, Great DJ, massive space to dance -well distanced tables. Hot drinks, vintage cars and trucks on display. What more could you want? Thanks Dee and everyone for such a welcome break before the next lockdown. To those of you who didn’t show up – you missed a chance to dance, to have a hint of normality again, hope you all show up next year to support this excellent event.

Went a couple of years ago. Definitely worth a visit. Looking forward to going to the next one

A cracking event always well run, great atmosphere for all the family, lovely people and fantastic entertainment if I do say so myself xx

I guess I’m biased as my band plays at the show but I have to say everyone involved is friendly and helpful and they do their best to make you welcome. Always a great day out !!!

Very well run, well organised and a lovely bunch of people that you could ever meet.

I love watching all the lovely dressed people enjoying the music and dancing!

I love this fair, such a great selection of stalls all under one roof. Great music throughout the day too. It’s one event I go to where I really feel I can be myself, I can wear the clothes I like and listen to the music I love without being judged. I always look forward to this weekend.

I love both the Brighton & Chessington events… I thought the fair had a great atmosphere and people were out to enjoy. Love the live music & watching the dancing. Ticket such great value for money I think… where else could you see amazing cars, motorbikes, people dressed up, live music, dancing etc for that ticket! I think you do a fantastic job… I always look forward to it and I’m never left disappointed. Long may it continue to rock n roll

A wonderful day out – had a great time

Congratulations to one and all for reaching the landmark of ten Jukebox and Retro Fairs at Brighton Racecourse. I can truthfully say I have attended every one, and the show just gets better every year. It is now a must see show for anyone interested in jukeboxes and pinball machines. But the show is a lot more than that now, with all sorts of memorabilia and retro items, especially the vintage clothing stalls, which seem to be bigger and better each year. The selection of records is always excellent, and I use the show to refresh my jukeboxes each time I visit – and yes, I did buy a jukebox from the show. I have also bought a set of diner furniture, record players, radiograms as well as all sorts of other bits and pieces – stuff I just don’t see anywhere else.
It has never been a disappointment going to Brighton in April each year, and I hope that it will continue for many a long year. The staff are always friendly and helpful, and seem genuinely pleased to see you, which always cheers me up after a long drive.
All power to your elbow.

Had a great day at the Jukebox Show –  bought quite a few lovely goodies and look forward to the next one!

I would like to thank you for a great fair at the weekend really enjoyed myself can’t wait for the next one.

Congratulations on putting on a successful and busy event in Brighton , we enjoyed it!

I have been to many retro and vintage fairs… but have to admit that the Jukebox & Retro Fair at Brighton is by far the best ! The atmosphere, the people, everything is just perfect. .. and this year it was even better! Can’t wait till the next one. I had a brilliant time. Thank you for all the work you put in to make it so enjoyable. Xx

Anita Simpson
We had a cracking day. OK it was wet for us but still had 13 bikes from Hogsback and the feedback from everyone enjoyed your Fair.
Hopefully see you guys next year.
Adam Hogsback Chapter
Previous Next 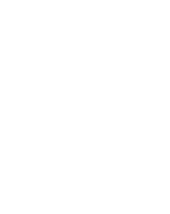